This post is a little overdue, but we thought it was about time that we introduced our latest foster dog 'Penny' foster dog. 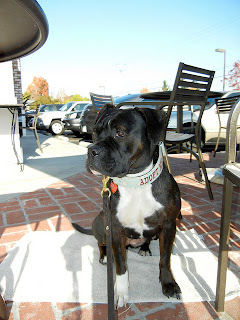 Penny was originally called Breeze, but as she was starting out a new life with us we gave her a new name. And going with our tradition of using our favorite TV characters as inspiration, we came up with Penny who appears on 'The Big Bang Theory'.

Since Penny arrived she's been attending the Our Pack training class, her she is today in front of Chubby, and Harley (a Pug and French Bulldog). 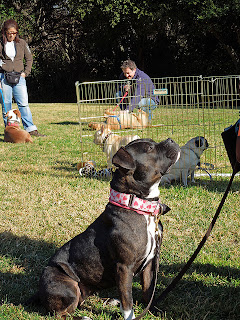 Penny has also started hiking with us and HikeABull, her she is with Abbey on an Elderbull walk. 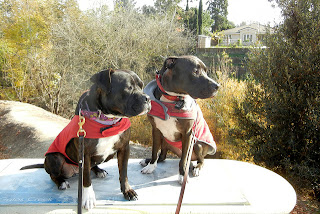 Although Penny is much happier chilling out in the garden on a warm day with her foster brother and sister. 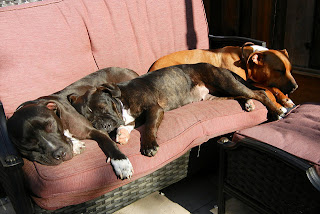 Penny is a city girl and likes nothing better than to stroll down the high street window shopping, and hanging out at coffee shops. 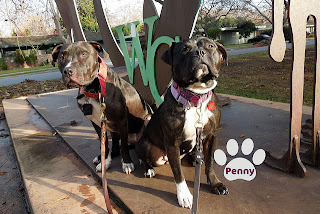 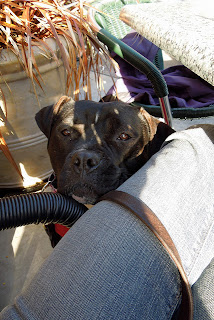 And what could be better after all that walking (and sleeping)....a personal cat massage... 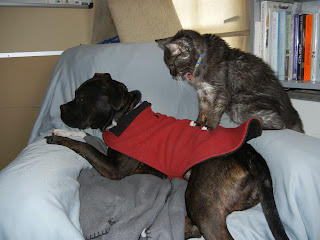 You can check out all the adventures Penny has on her very own Facebook page facebook.com/pennyfosterdog.

If anyone out there is interested in giving Penny a permanent home she is available from Our Pack Inc.
Posted by Nigel Stolting at 5:07 PM