This seat is already taken... or not!

There's two things that I can't imagine, Jake as a single dog and Abbey without Jake. They've been best buddies from the start and they're still going strong. 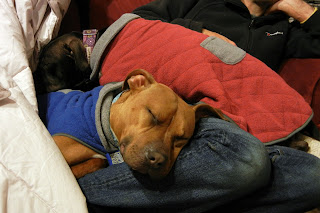 Jake loves to snuggle up with Abbey and goes everywhere with her. I think he's a perfect fit for our (somewhat nutty) girl. We wanted a dog that would play with Abbey and keep her  company. Jakes does this perfectly! Although, sometime he takes it a little too far and tries get as close as possible to Abbey, even if it means sitting on her head. We keep joking that he should have an alarm to warn Abbey that's he's reversing into her.


He doesn't seem to understand the concept that sometime too close is too close. We noticed that he keeps trying to go over her head and sit on top of her (when he's playing with a toy or is ready for the nap). Even though that they are the same size, Abbey doesn't always like it when Jake sits too close to her, and often walks away. Personally I don't really blame her.
There's nothing better than cuddling up to your buddy after a good play. 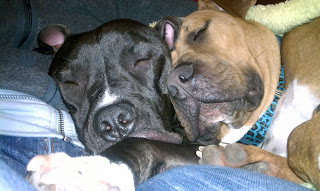 She used to have a sofa to herself and now she has to share it with Jake... 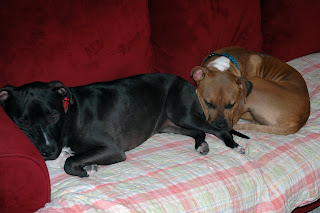 ... but it has it's advantages as the two dogs can keep warmer together in the winter. 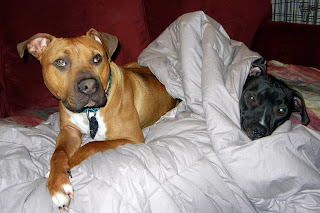 Jake making himself comfortable while waiting for his dinner. 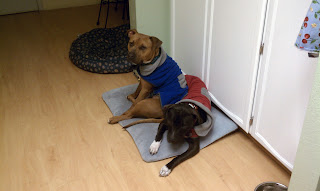 Enjoying company while chewing on their nylabones 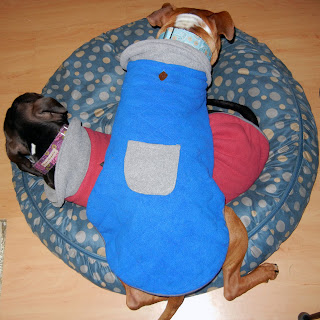 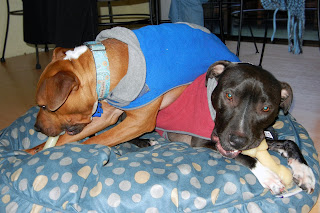 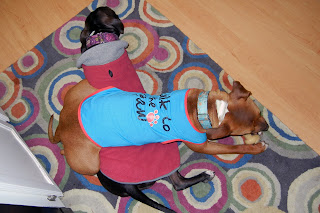 Abbey loves to sunbathe, but sometime her buddy doesn't understand the point that the seat has been already taken and flops himself right on top of her... 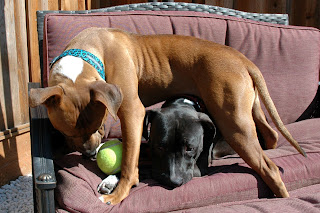 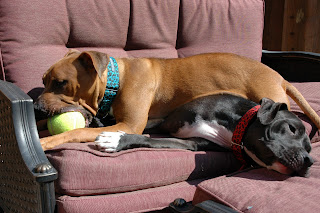 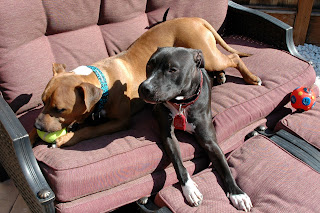 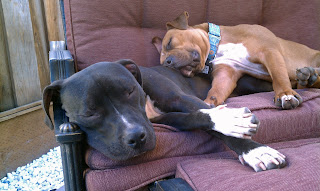 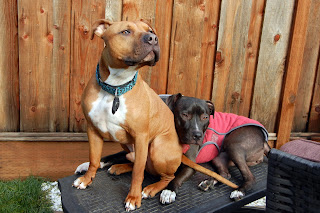