We've been living in California for last six years, we left England due's to Nigel's job. In England, holiday's are celebrated very differently. Yesterday, we attended (what I believe is called) a Holiday Parade in Los Gatos.
This was our first Holiday Parade that we've attended, we weren't quite sure what it was all about. The parade consisted of people (the local dignitaries), cars (and floats), dancers, youth groups, scouts, brownies, marching bands and animals (dogs, ponies, goats, (possible a sheep), and a guinea pig . If I've missed anyone out, then I'm sure someone will let me know.
We didn't take our dogs with us on this trip, Los Gatos, has fairly narrow streets and many people walk their dogs on the end of a six foot or stretchy leashes, and have no problem with nose to nose greeting; another pet peeve.
Our main reason for going to the parade was to see some friends, who were taking part in the parade with their Great Danes. They have a local Great Dane drill team, which is sponsored by a local pet store. A couple of the Great Danes come along to the same training class that we attend, run by a local pit bull rescue group Our Pack. 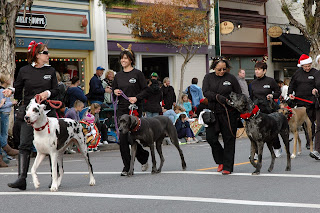 Although, there wasn't a group parading pit bulls, we did manage to spot a couple that took part in the parade. Our favorite was this singing pit bull. 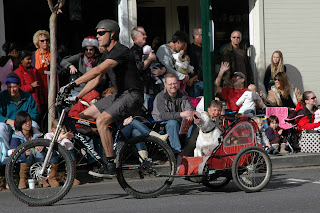 When this guy wasn't singing along with sounds of parade, he was smiling away. 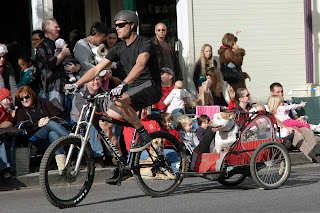 We're not entirely sure if this little guy is a pitty or not, but he looks close enough to be considered. 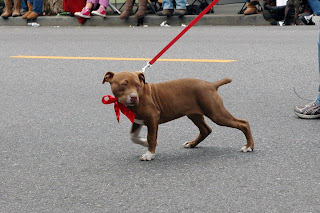 What about this moose-dog, walking calmly 'off leash' (panic bells going off in our head again!) 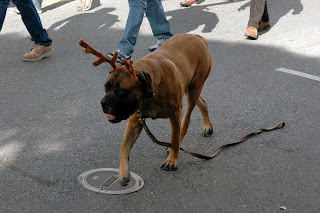 I need to mention the several groups that were showing dogs as service or therapy dogs and the animal hospitals. 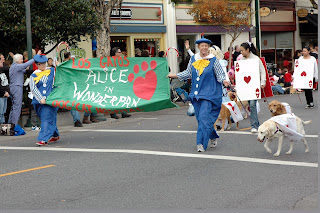 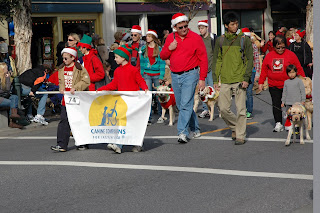 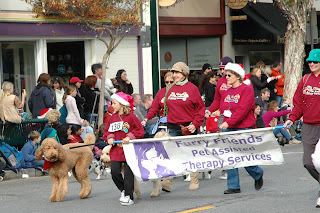 Here's some of the dogs that took part 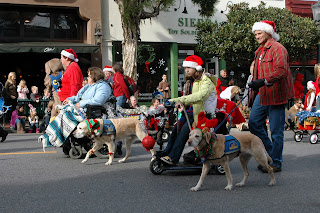 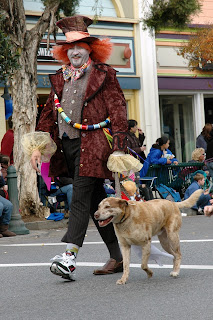 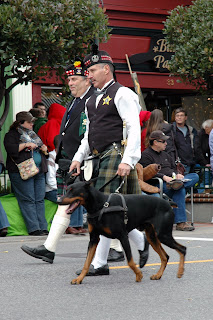 Although, the weather was a little grey, with a slight chill in the air, everyone seemed to be enjoying themselves. The photos used are just a small selection of the ones that were taken, the remainder will posted to our Flickr account and pushed to facebook later today.
Posted by Nigel Stolting at 9:05 AM

This looks like one of the best parades that I have ever seen! So many beautiful dogs are their loving owners! I love it when people come together like that! Luv all the cute pics!!